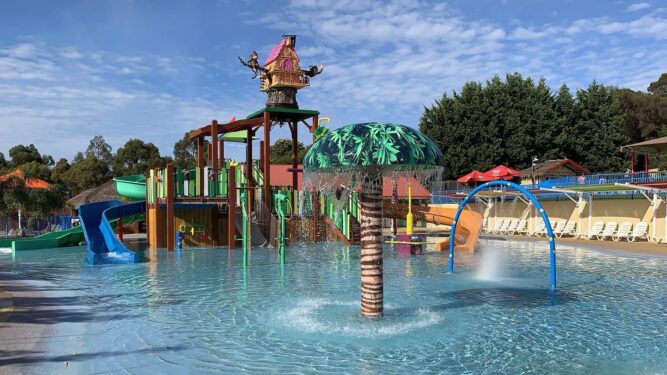 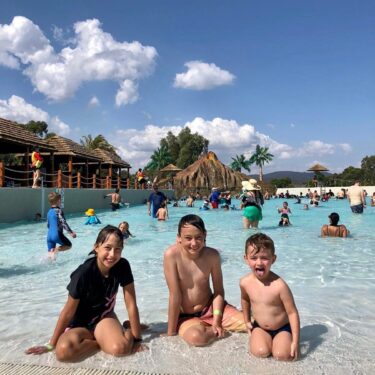 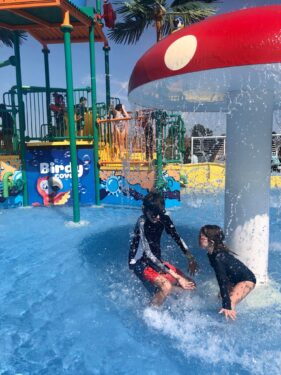 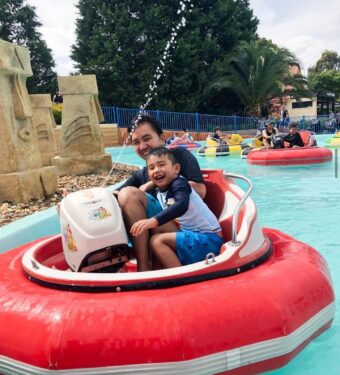 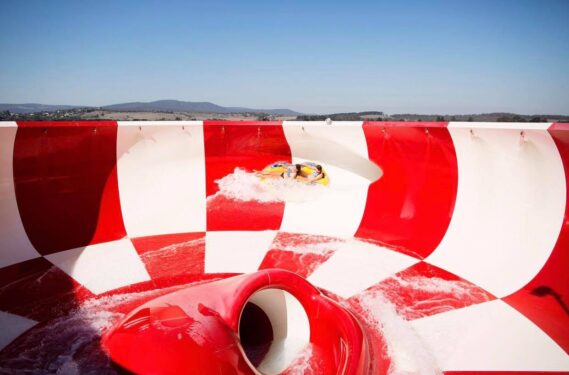 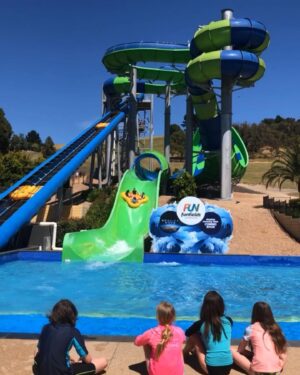 Funfields is Victoria’s hottest theme park boasting some of Australia’s most exhilarating water rides.  A large park consisting of wet and dry attractions, Funfields is set over 40 acres of stunning Victorian countryside and is located minutes north of Melbourne in Whittlesea. Voted ‘Victoria’s Hottest Them Park’ last year by Park Chat Live, Funfields has also made the Experience OZ Ultimate Victoria Top 100 Bucket List. Since it’s opening, Funfields has continued to grow and is now considered one of Victoria’s leading theme parks. The theme park has a ride for almost everyone, no matter what age.   Funﬁelds has over 24 rides and attractions, which include thrill seeking rides and world record setting waterslides. The park is not only ideal for a great day out, it is also perfect for parties, events, corporate functions, school excursions, get togethers, and family fun days. The park is home to three World Record ProSlide waterslides:

ProSlide, located in Canada, is the leading world waterslide builder.  They’ve installed five of their largest waterslides built in the world in Australia, three of those waterslides can be found at Funfields. Funfields also houses some of Australia’s most unique rides and experiences.  The Voodoo, Zamperlas 360 degree inversion ride is the only one in Australia.  The theme park’s swinging Pirate Ship is the only Huss ship operating in Australia and it also features a Virtual Reality Experience.  Add Go Karts, Mini Golf, Bumper Boats, the Iconic Alpine Toboggan Slide,the Funfields KidZone and 2 interactive water play areas and you have the ingredients for a super family funday! The park also boasts food and drink outlets, VIP huts, picnic and BBQ areas and much more! New For 2018– Volcano Beach Outdoor Heated Wave Pool Launched in December 2018 the Volcano Beach Outdoor Heated Wave Pool is the first outdoor heated wave pool in Victoria. Volcano Beach is a South Pacific inspired attraction which will hold over 1.5 million litres of heated water pumping out waves up to one metre high. Volcano Beach also includes an area for young children as well as older thrill seekers, a food outlet, VIP huts and shaded areas for recreation and relaxation.   Theme park goers will feel like they are in the middle of a warm tropical south sea island oasis – complete with surf, sun lounges, food service and more.