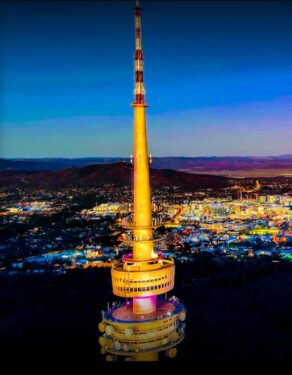 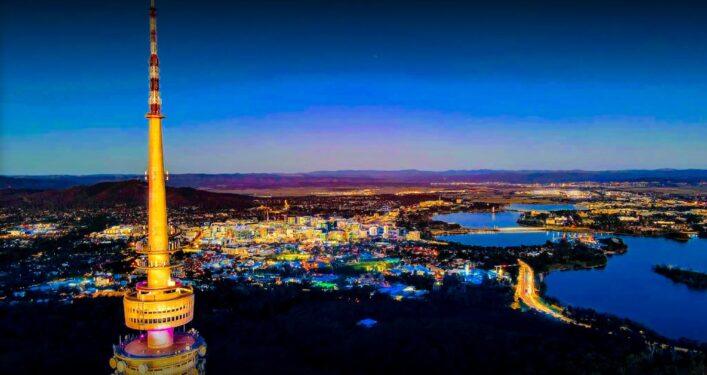 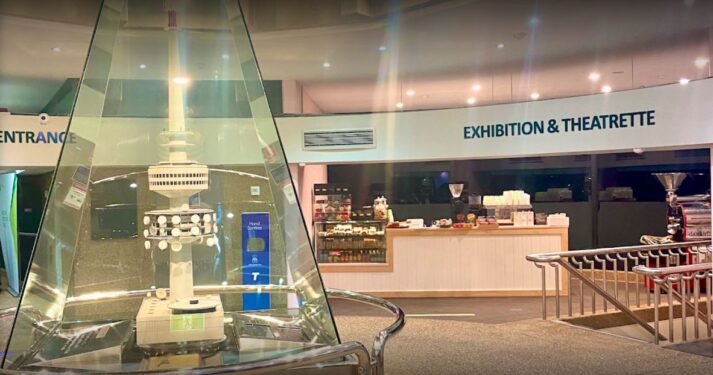 Telstra Tower is Canberra’s iconic telecommunication tower rising 195.2 meters above the summit of Black Mountain in Australia’s capital city. It is not only a landmark and one of Canberra’s most visited tourist destinations but also offers 360 degree panoramic views of Canberra and its surrounding countryside from an indoor observation deck, two outdoor  viewing platforms and Executive Briefing Centre – meeting rooms.

As well as the telecommunications facilities the tower also has a  café with Canberra’s best views, a Conference Centre offering spectacular outlooks and state of the art AV. The lower level of the Tower’s entrance foyer, houses the Telstra Heritage Exhibition which traces the history of Australian telecommunications as well as a theatre showcasing a video, produced shortly after the Tower opened in 1980 on the tower’s design and construction.

In the evening, visitors will be presented with a magnificent view of the city under lights.

Day or night, it is always interesting to try and identify significant buildings such as Parliament House, The War Memorial, The Royal Australian Mint, The National Library, Mount Stromlo Observatory and others.