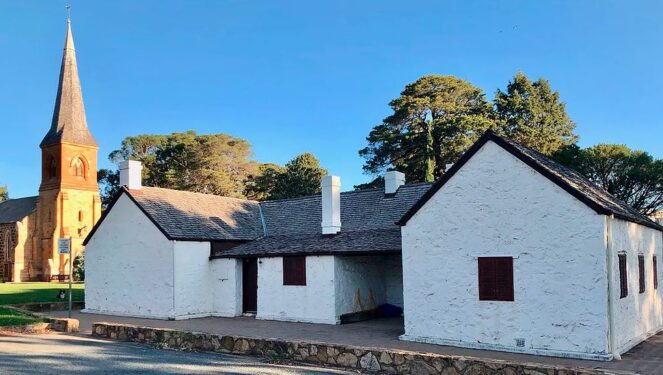 Step back to the days of slate boards, slate pencils, blackboards, chalk and inkwells at the St John’s Schoolhouse Museum, situated adjacent to the historic St John’s Church and churchyard.

Canberra’s first schoolhouse was built in the first half of the 19th century by Robert Campbell of Duntroon for the education of workers’ children. Consisting of a schoolroom with five attached rooms it served as the residence for the schoolmaster and his family.​

The building was constructed from rubble and bluestone quarried locally, with shingle roof and the walls two feet thick to afford protection from Canberra’s harsh climate.

Today’s children like to ring the school bell, sit at the old desks, gaze at photographs of 19th century school pupils and play simple but entertaining children’s games of an earlier age.​

Visitors will find extensive photographic displays which show the growth and development of Canberra from a scattered farming community to the national capital.