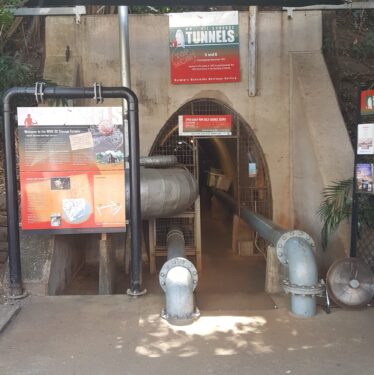 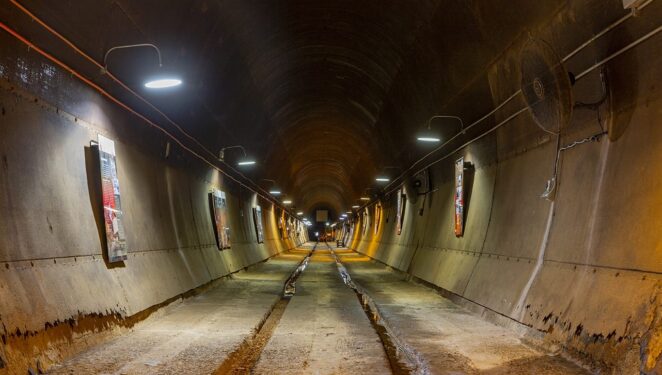 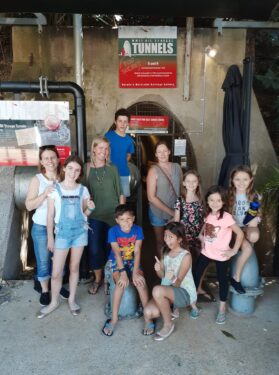 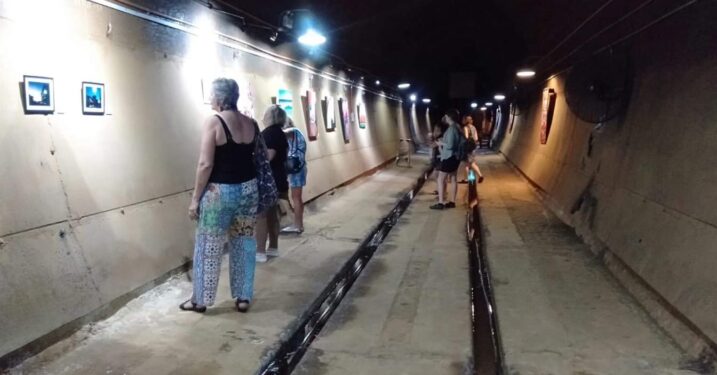 The World War II Oil Storage Tunnels located on Kitchener Drive at the wharf were constructed during World War II by the Civil Construction Corps to protect the Darwin’s oil supplies from the Japanese. Today the tunnels, an engineering feat in themselves, house a collection of photographs of Allied wartime activity in the Top End. This is an attraction with a difference. Following the bombing of the fuel oil storage tanks at Stokes Hill on 19 February 1942 in the first Japanese air raid, engineers began looking at British government designs for oil storage tanks in underground tunnels secure from aerial bombardment. In 1943 contractors Johns and Waygood began work on a series of tunnels running under the escarpment. The tunnels were, on average, designed to be about 15m underground. The longest tunnel, Tank 10, was nearly 200m long. Pipe headings connected the rear ends of the tunnels to an underground pumping station. The tanks were designed to hold distillate, diesel and furnace oil. In the 1950s, tunnels 5 and 6 were used to store jet aircraft fuel for the RAF and RAAF. After about three years and a period of heavy rain the whole system became inoperable because of seepage and was not used again. World War II Tunnels attraction located at the Darwin Waterfront Precinct on Kitchener Drive was reopened in 1992 to commemorate the 50th Anniversary of the Bombing of Darwin. Located beneath the cliffs of Darwin city, just a short walk from the city centre and the Esplanade.